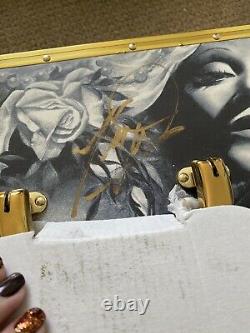 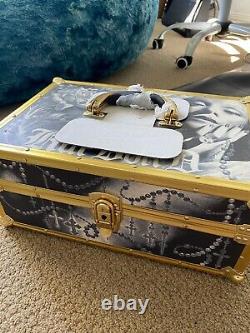 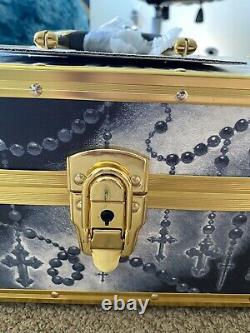 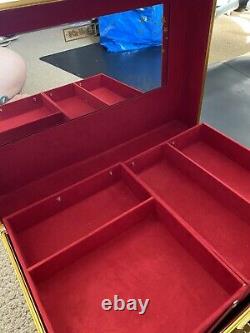 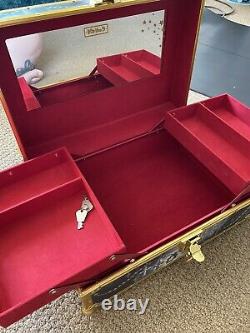 Kat Von D 10 Year Anniversary Train Case Makeup - SIGNED BY KAT VON D. Only 400 of these cases in the world were signed. I was online the minute these were released to ensure I got a signed case. I also switched from working in an office to being a full time artist and working from home, so I wear less makeup.

I ended up getting rid of most of my makeup and the case is just sitting empty in my house. I also bought this case when I lived in a small apartment with 4 roommates and didnt have a vanity. I now live in my own apartment with my partner and have a vanity table that holds all my makeup.

The case was used to hold makeup, but kept in my house and did not travel anywhere. It has a scuff mark on the lock on the front of the box. It has minor cosmetic scratches and small indentations. I wanted to make sure the signature stayed in tact, so the cardboard has been protecting it for two years.